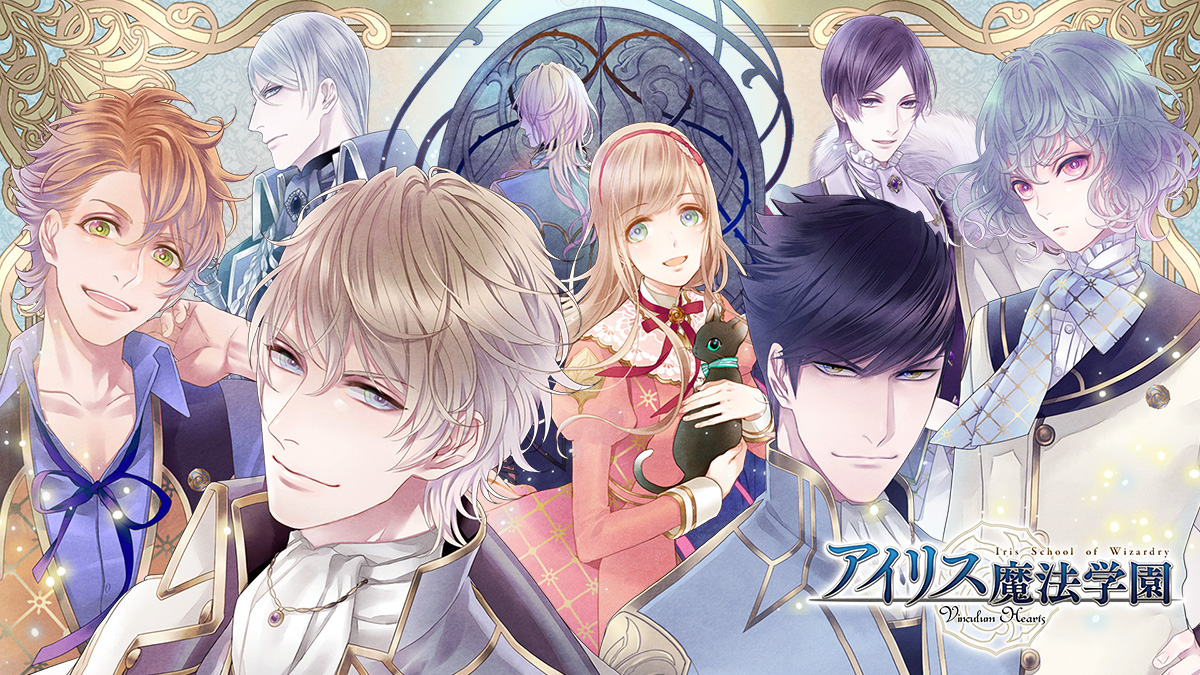 Iris School of Wizardry has a surprising story and beautiful character artwork, but the game is brought down by an inconsistent and poor translation. [There is an update to this review regarding the translation.]

Iris School of Wizardry was originally released in 2014 by Operahouse for mobile devices. This release is a port for the Nintendo Switch and the player has the ability to play the game in either English or Japanese.

You play as Aria, an 18-year-old girl who longs for something more. Her parents died in an accident when she was ten, and she has since been raised by the people around her in town. She has also inherited her Father’s second hand bookshop where she reads books on magic which she can refer to thanks to her photographic memory. A man comes in one day looking for a book, and upon being a rude to her, Aria decides to be a bit snarky with him and show off. It turns out this man, Keith Knight, was offered a job at the Iris School of Wizardry, a top tier school that elites send their children to. And now he will only take the position, if Aria is allowed to attend. 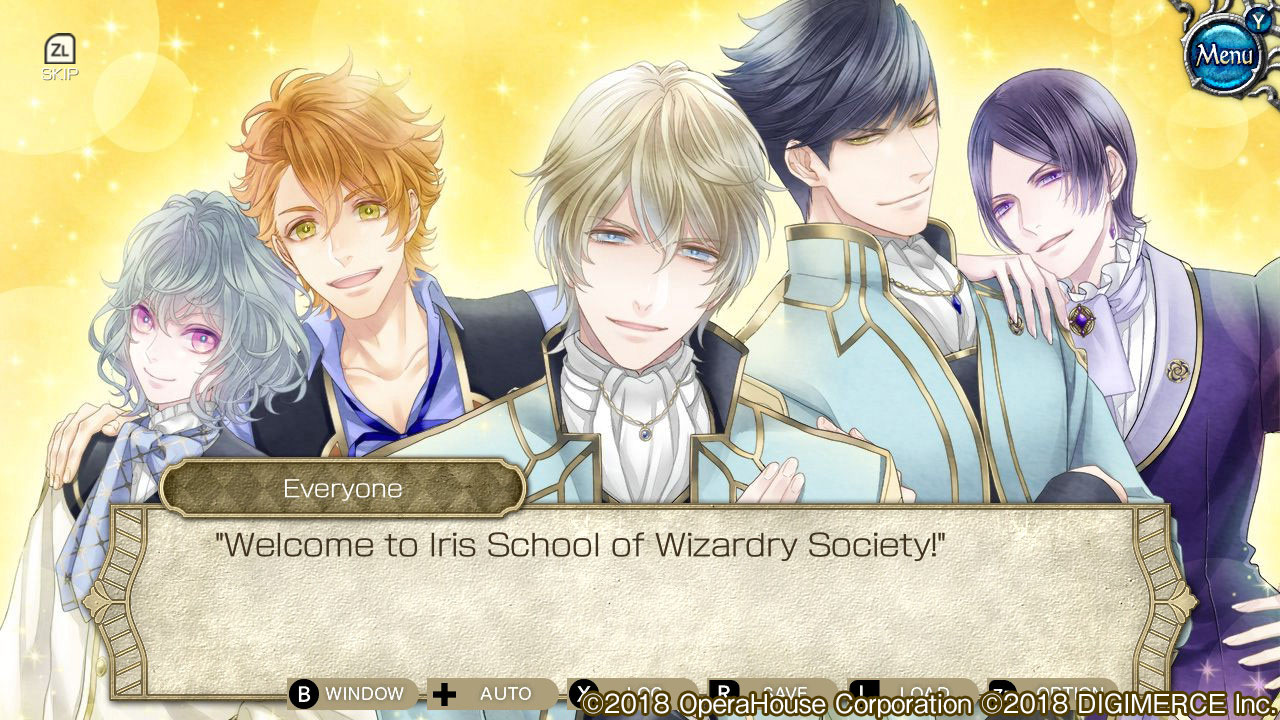 If you read the characters routes, starting with the first on the left, Clyde, you will find his is pretty typical fluff and not surprising when you find out his secret. But as you continue to read the routes going right, you will find more and more darker themes begin to slip into the stories. Also, as you play, something that was not explained in one route will be explained in other. 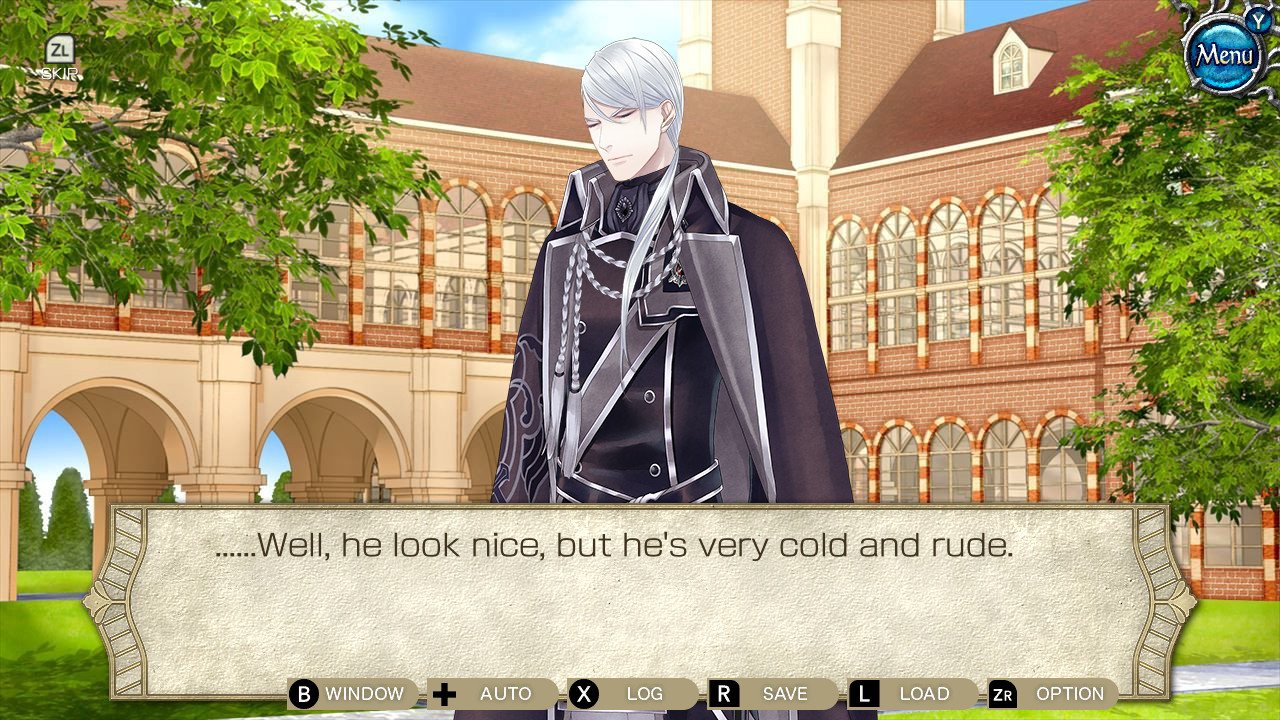 All you need is love (of one of your students).

As I said before, this game was originally a mobile game. There is a prologue, a chapter one common route, and then each character has four chapters after that worth of story. Everything goes really quick, with each chapter clocking in (for me) at about 20 minutes each. There are times that the story has an interesting set up that could lead to hijinks and it just time skips to after the scene/event. And for some scenes you find out what happened in that time skip only after playing another character’s route, which overall, is an incentive to play every route in the game.

Also, because the routes are short, there isn’t a lot of breathing room for the relationships to develop. I often found myself wondering why exactly was it that Aria or the guys even liked each other. This is a story about teenagers and sometimes people fall in love at the drop of a hat, I just wish I actually felt that the relationships felt more real and not fleetingly started. 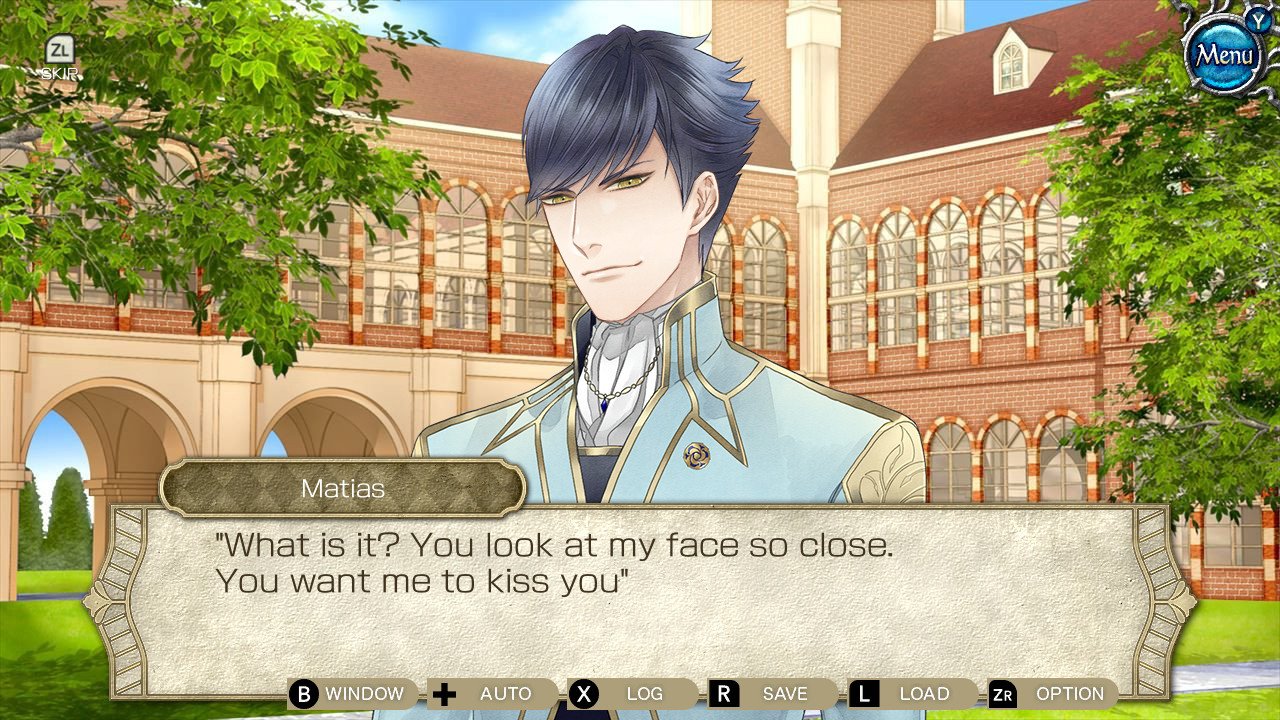 The character artwork is very nice. Marika’s character work is breathtaking and most of the characters look like they are different people, which is a bit rare in the world of “same face” art styles. Once again, however, being a mobile game, most, if not all, backgrounds, however, are stock backgrounds. I have seen some of them used in many games.

The voice acting is very nice. You will probably recognize some of these voices if you watch anime or play other otome games. If you want to actually hear the voice acting, you will have to completely turn off the background music. Even on its lowest setting, the BGM is still very loud.

The biggest negative for this game however, comes in the from that it almost always comes in, the translation. Update: The translation has been upgraded as of April 1st. While it does read much better, there is still a lot of awkwardly wording sprinkled throughout the game akin to the translation not being localized. The next few paragraphs reflect how the translation used to be.  I recommend still reading it. 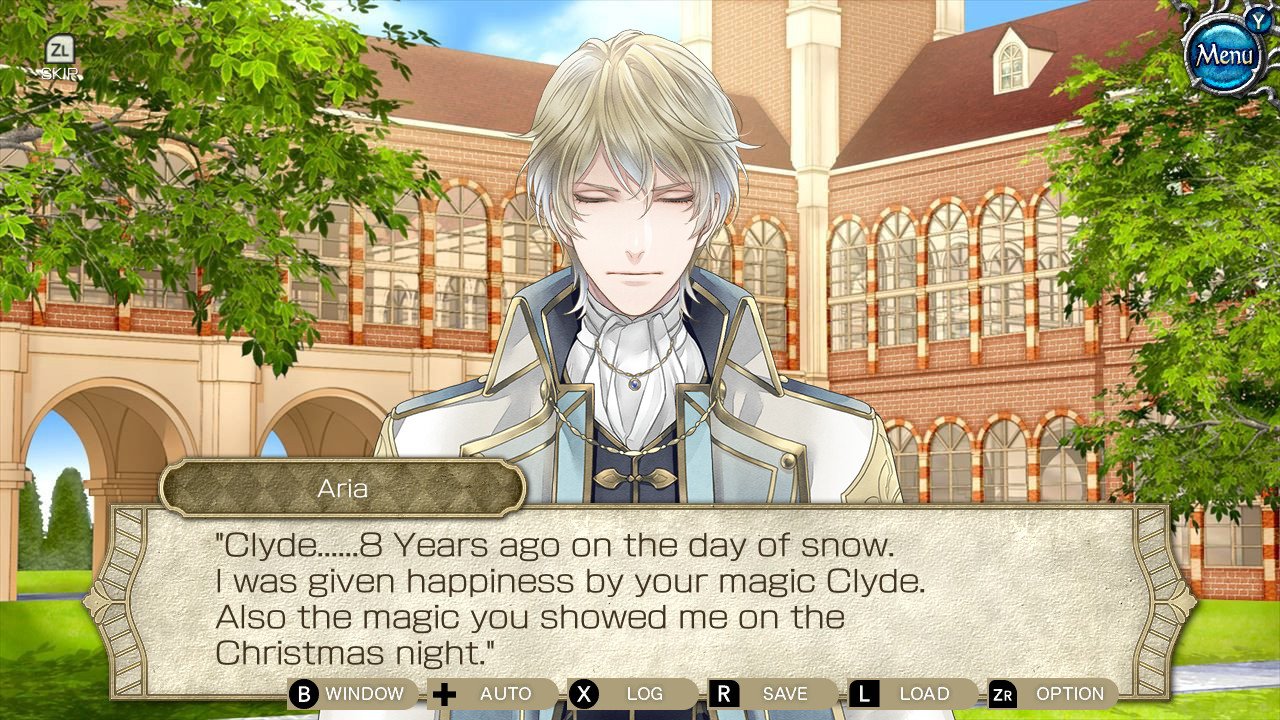 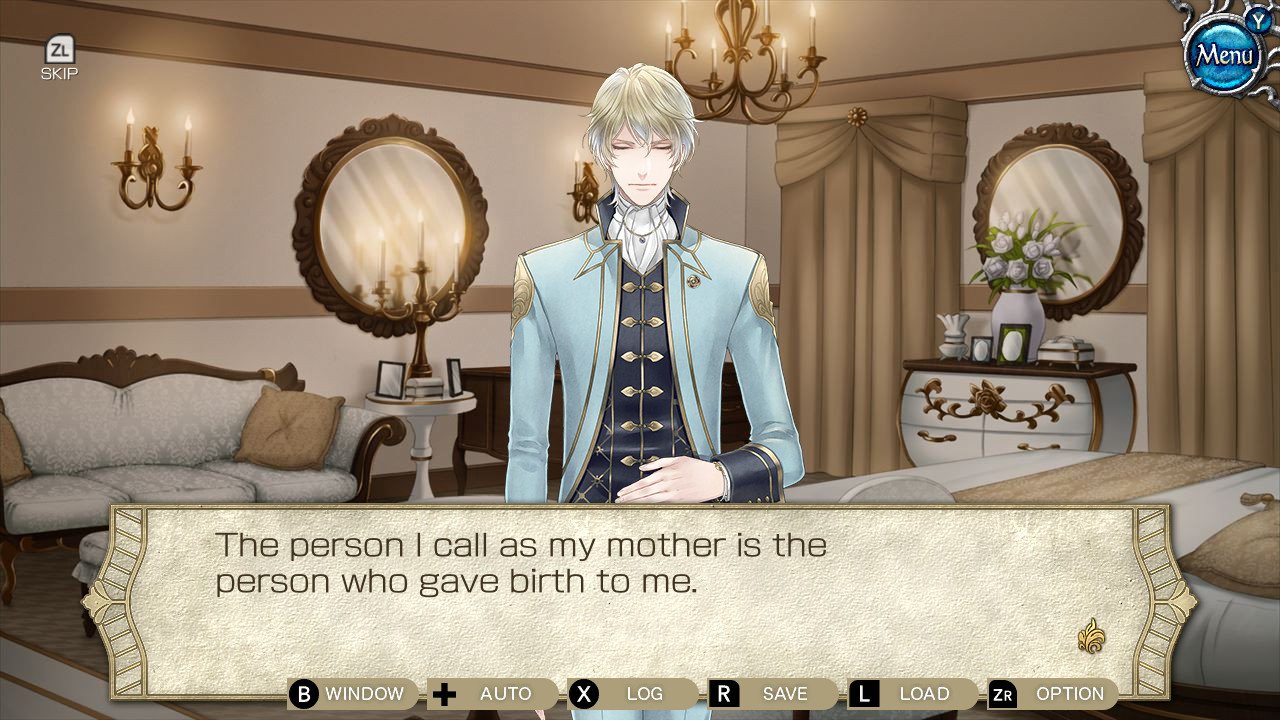 People die when they are killed. 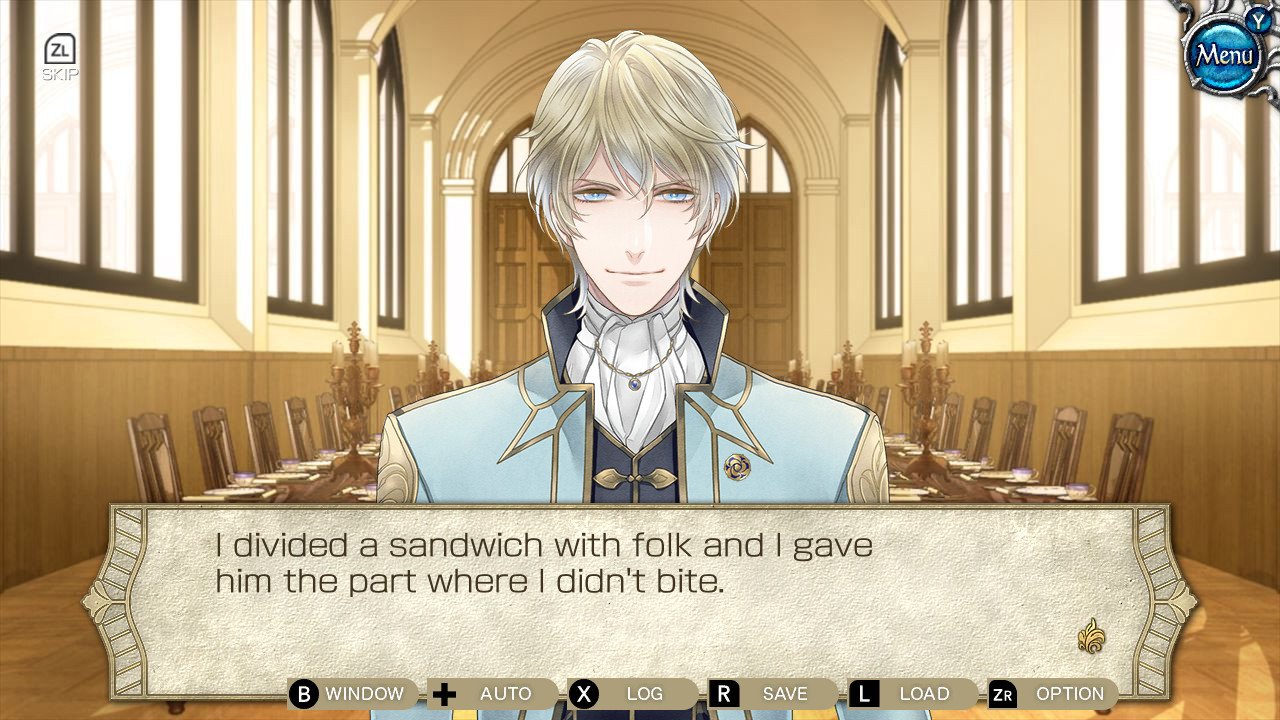 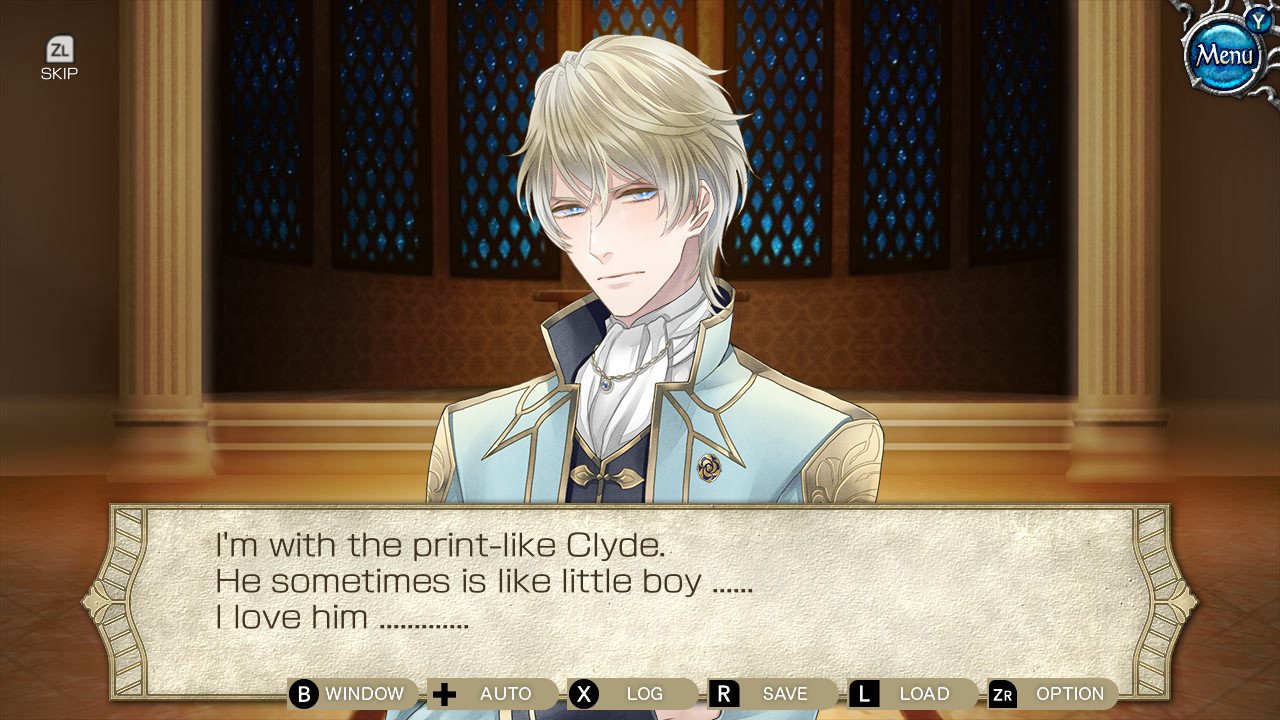 The translation is very inconsistent and needs to be complete scrapped and re-translated by a English first language JP to EN translator. Most routes are a mess with something that would come off as done by a machine, but then there are incorrect spellings that a machine would not make. Matias’ route started off pretty decent, but about halfway through began to quickly fall apart. Aria’s cat, Titi, is sometimes referred to, in the same scene, as she, he, and it. 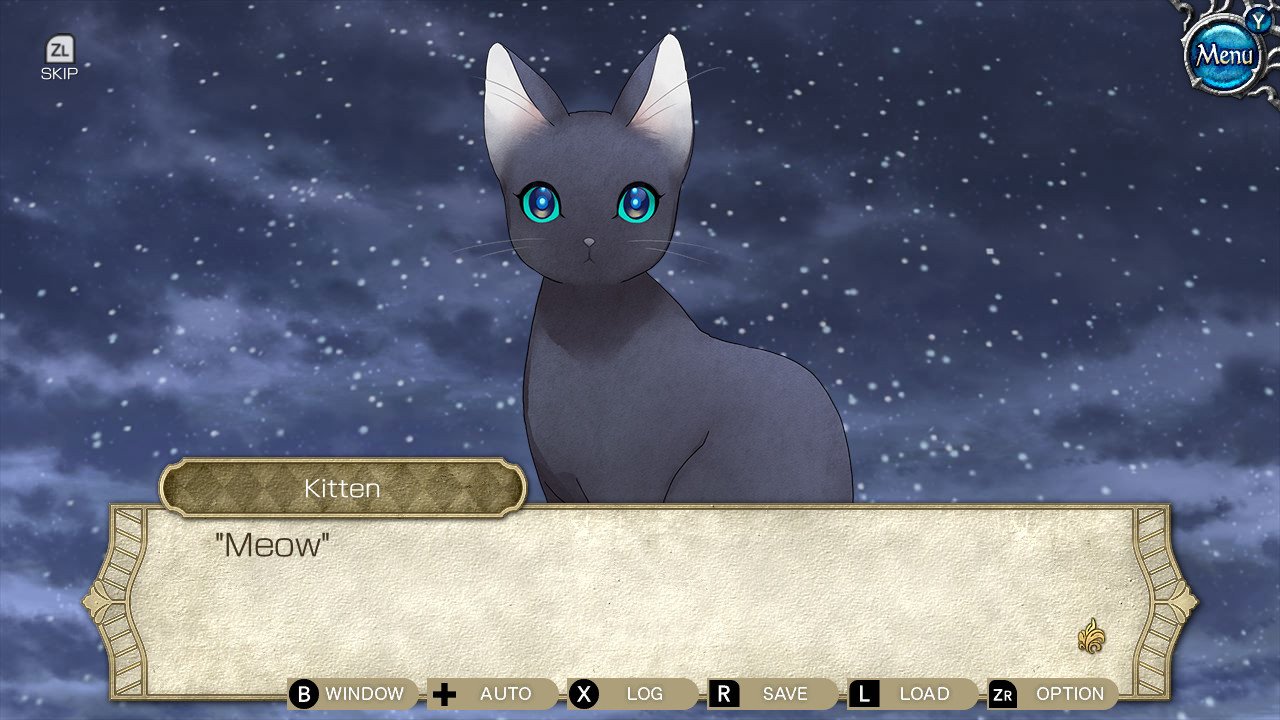 I honestly believe that a translation can make or break a game. I understand if a company wants to save some money, but the translation cannot be where you look for something cheap as most people will not even give a game a second look if there is even a typo in a screenshot. I do think that this is not done out of malice or not caring, but more along the lines that the company, which probably doesn’t have an native-English speaker on staff, just sends the script out and, with no way to confirm, just hopes that the translation is good. 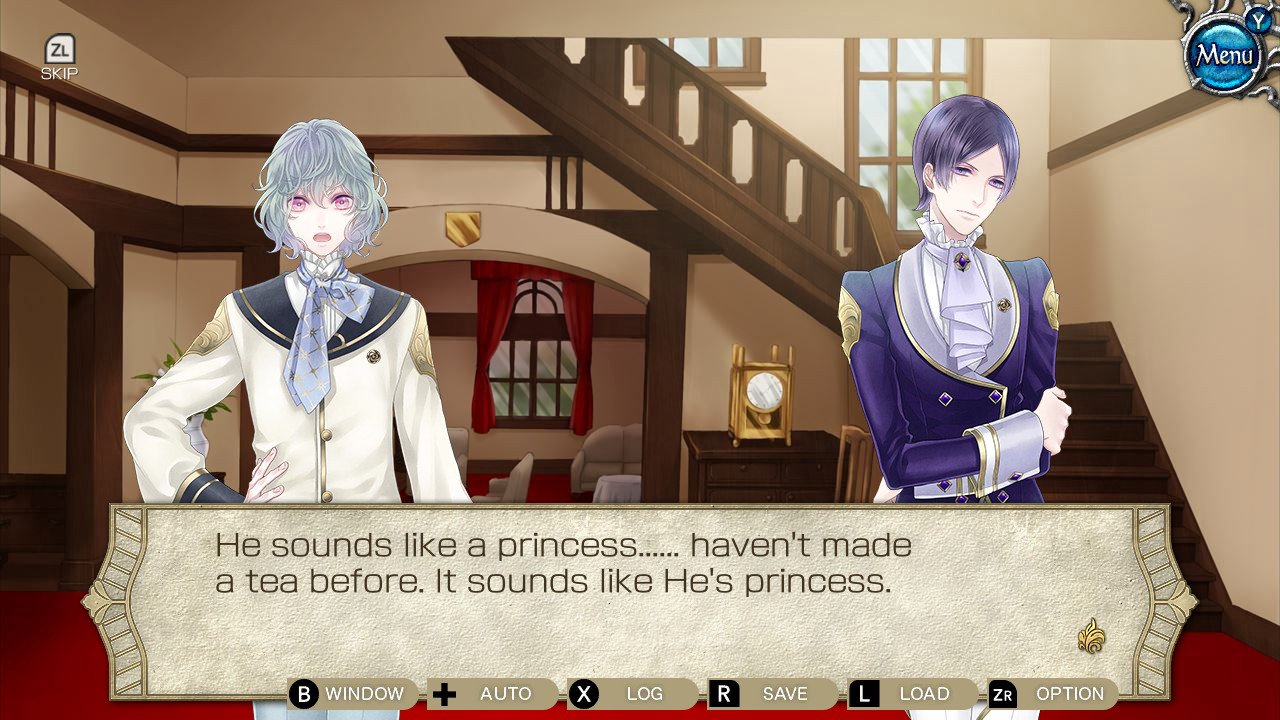 I don’t what can be done to remedy this. I don’t have the answer. I wish that I did, because, overall, this game’s story was not bad at all. When I first started it, it was very hard to get into. If a game cannot hook me within the first hour or so of the story, usually I just stop reading. A lot of games that I have paid for have fallen to the side due to this. If I hadn’t been asked to review this game, I probably would not have continued through to discover the surprises it actually has in its story. Unfortunately, the poor translation just drags the game down.

With a better translation, this game could have a chance of doing moderately decent numbers, just based on the story alone. But, in its current state, the art and story is not going to save it.

I can only hope that whomever it was that translated the game takes my advice and redoes it. I’m sure there are Native English translators who would be able to make this story shine and give it the attention it deserves.

Final Comments: If the translation in this game is redone with someone who actually is a good translator, it would easily bump this game up to 3/5, but with the current translation, most players won’t bother. Note: Translation upgraded. Rating has been bumped up!

Suggested Play Order: I actually found that Keith’s route should probably be the first you play as it explains somethings that they don’t bother within others. Because of this, I would suggest the play order of Keith -> Clyde – > Matias -> Cyril -> A-Jay. Something will happen in A-Jay’s route that I really think you should play his last for. And, to keep the order consistent, [vague spoiler] don’t open the red door. Come back to it at the end…

Disclaimer: A copy of this game was provided by the publisher.