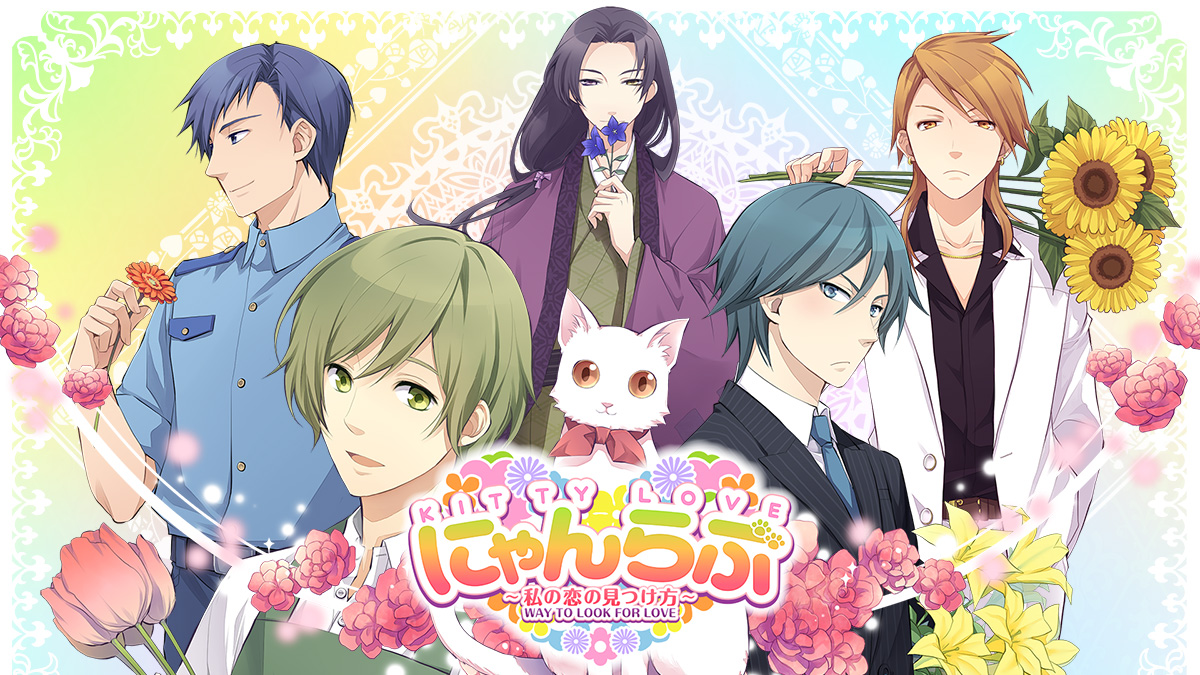 Kitty Love contains a fluffy cute story and nice character artwork, but all the kneading in the world won’t help the poor translation. [There is an update to this review regarding the translation.]

Kitty Love’s plot is one that most people will jump to want to play. The main character, Honoka, works her days at as a flower shop clerk who has her usual routine day in and out. One day, while feeding the cats some of her bread in the park, she says out loud how she would like to be a cat. A black odd-eyed cat hears her and, speaking to her, tells her that she is now cursed to be a cat by night. If she wants to break the curse, she must experience “true love’s kiss.” Until then, Honoka will discover many things about the men around her, falling in love in the process. 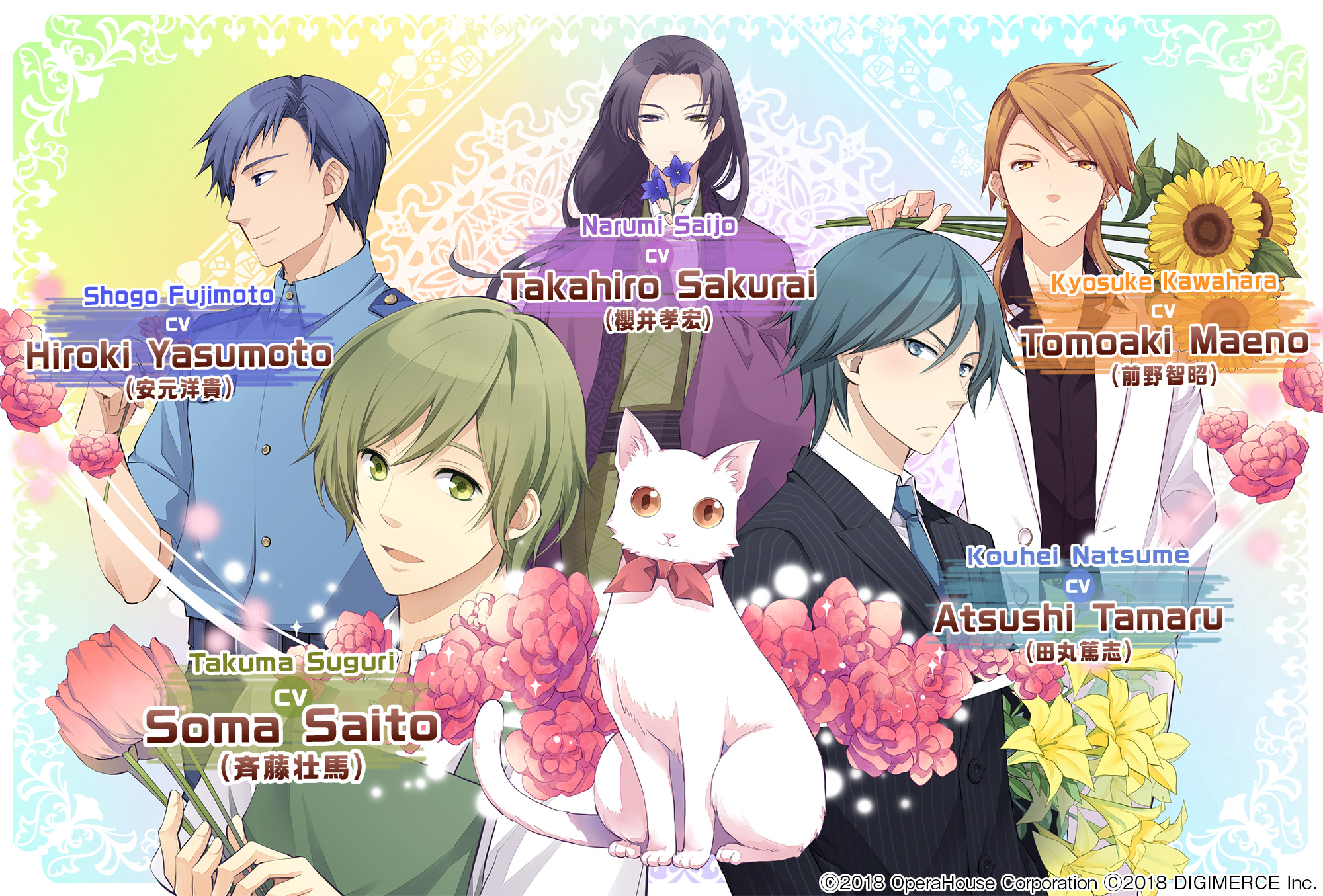 Unlike the release of Iris School of Wizardry, this game’s stories are straightforward. If you are looking for an easy reading fluff, then this is probably the game for you.  You spend the stories finding out the true personalities of those around Honoka. The jerk host who she thinks is being mean to her is just…? Her boss growing up was actually…?! And while you are exploring these love interests,  Honoka is pretty much the same person throughout the story. 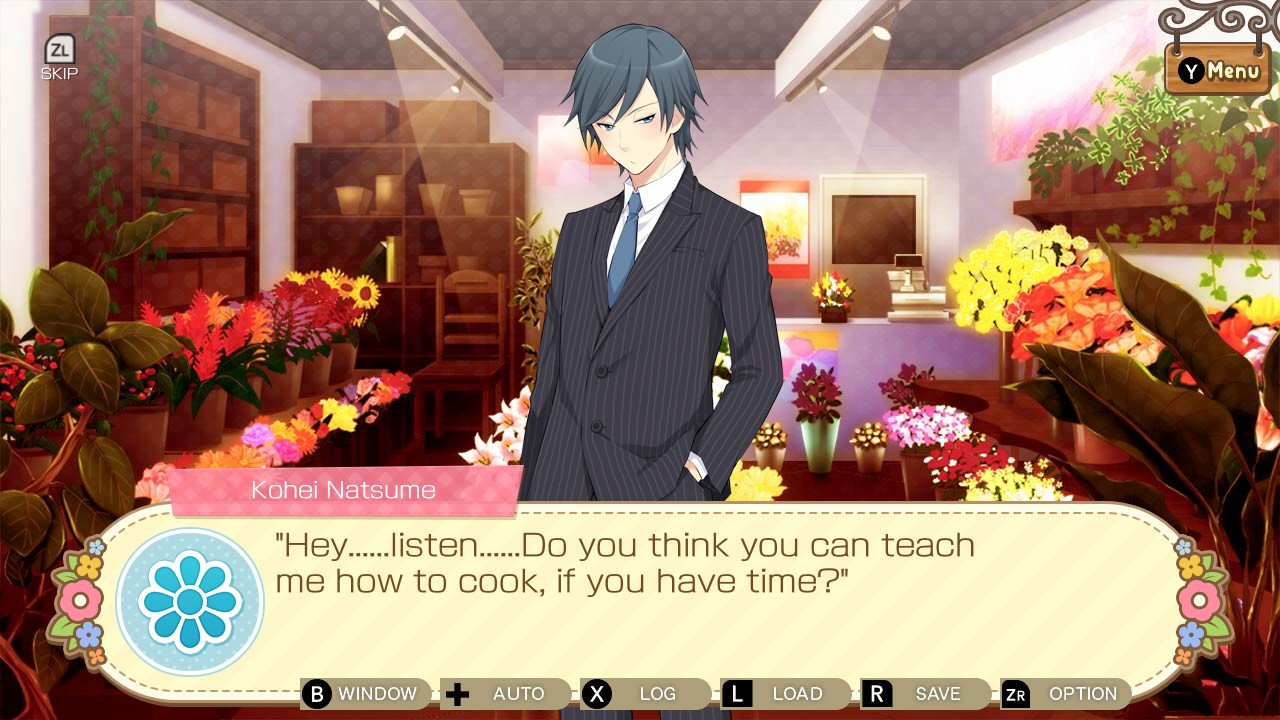 Kitty Love was originally a mobile game that came out in 2014 and this is a Switch port of that game. Each character has eight chapters with two endings each, Happy and Normal. The game also has an abundance of illustrations with nine of them per route total counting the one in each ending.

The stories are decently long and I feel that you do get to learn a lot about each love interest through their story. There are a few minor things that did bother me, like how the curse didn’t seem to be consistent in what happened to Honoka each morning. But other than that, I really don’t have that many complaints about the stories themselves. 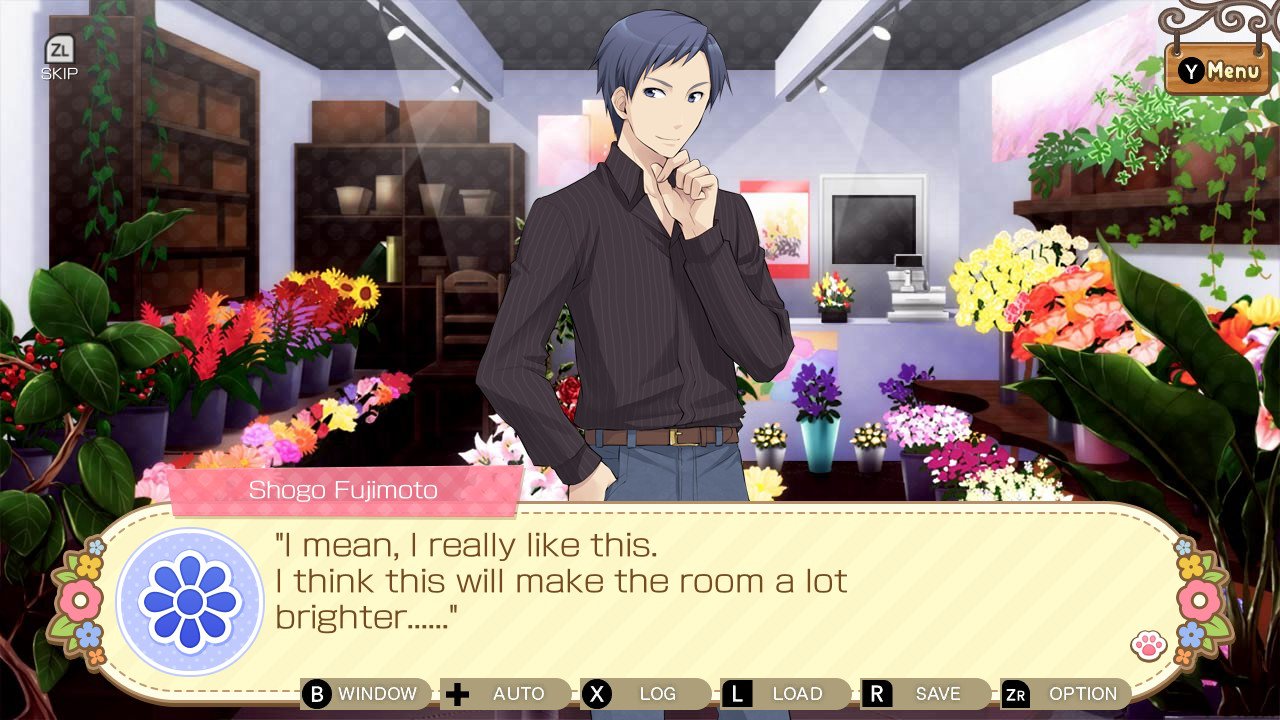 Mr. Fujimoto embraces the cuter side of life

The artwork is mostly solid with the characters themselves making fun faces here and there. I will say that Honoka in cat form sometimes wanders into uncanny valley with the way she is drawn. Something is off and it makes me feel like I shouldn’t look at it too long for fear of it devouring my soul. 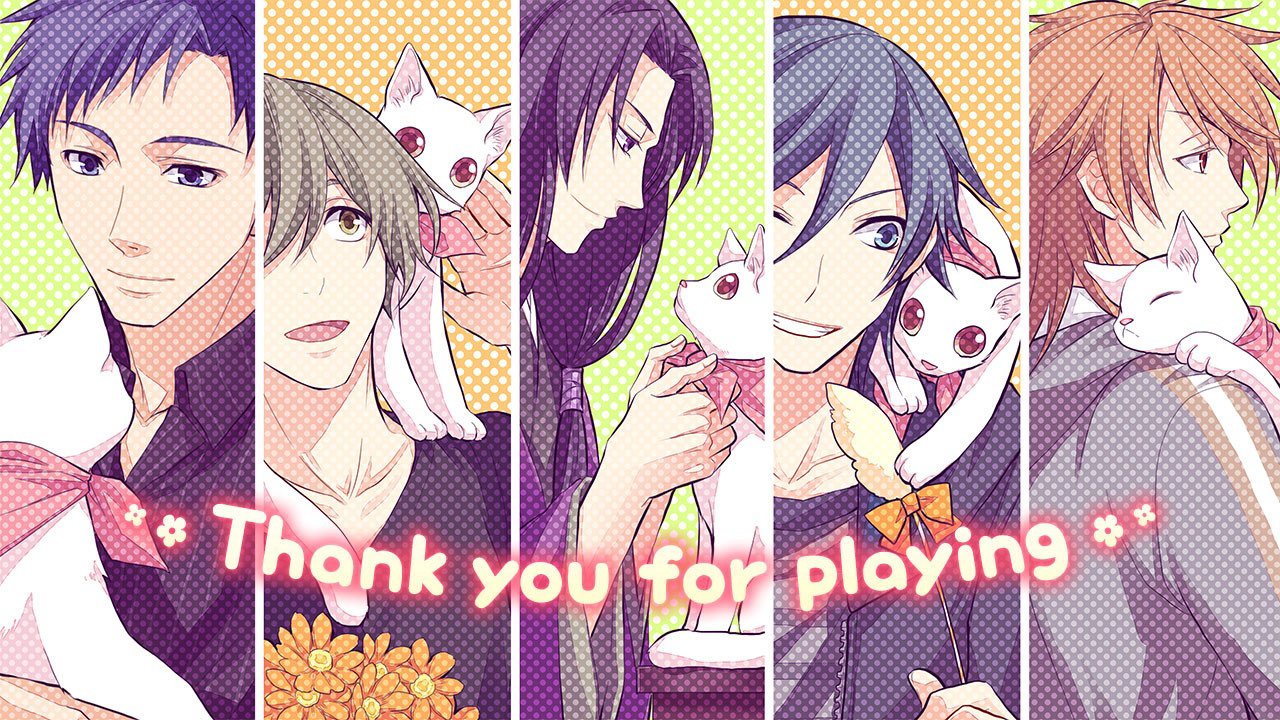 The voice acting is also quite solid. There are some popular names in this cast list and does it show. Turn the BGM down to its lowest setting and turn up the voices and enjoy!

Once again, however, as is what is expected of publisher Operahouse’s Switch releases, the translation is the thing that drags the game down. Update: On April 1st, the translation to Kitty Love has been updated. While it does read much better, there is still a lot of awkwardly wording sprinkled throughout the game akin to the translation not being localized. The next few paragraphs reflect how the translation used to be.  I recommend still reading it. 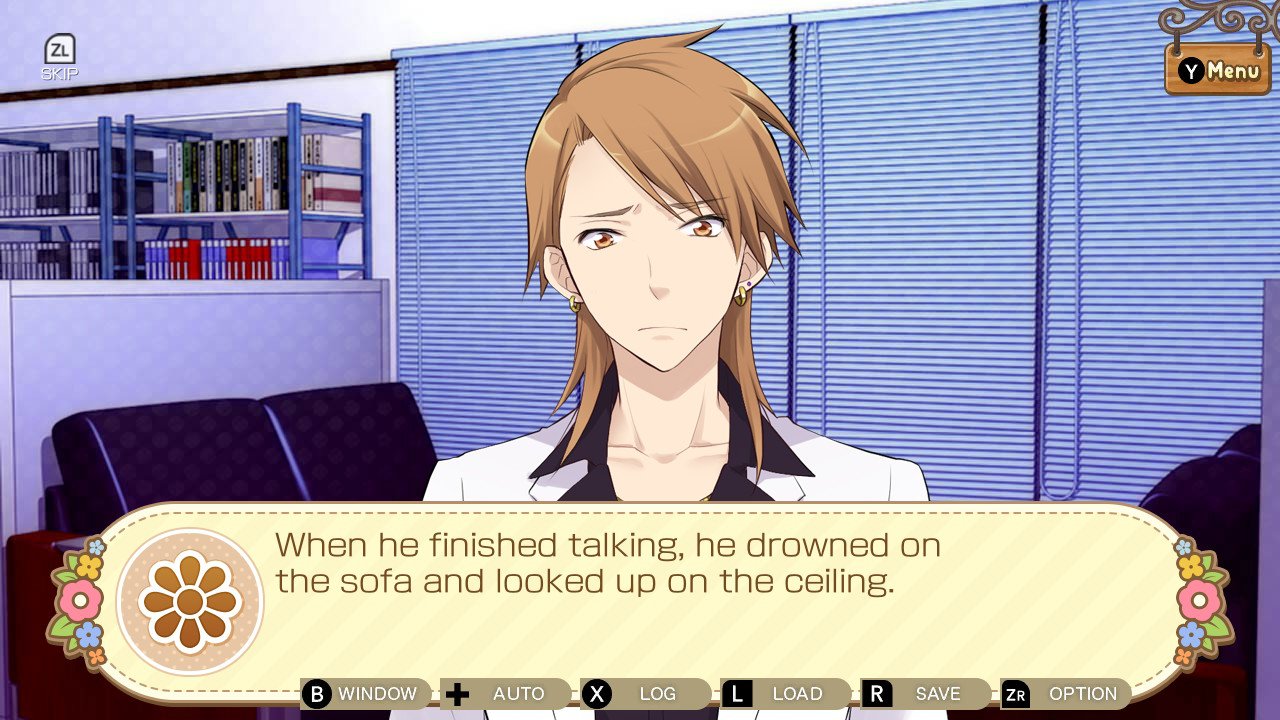 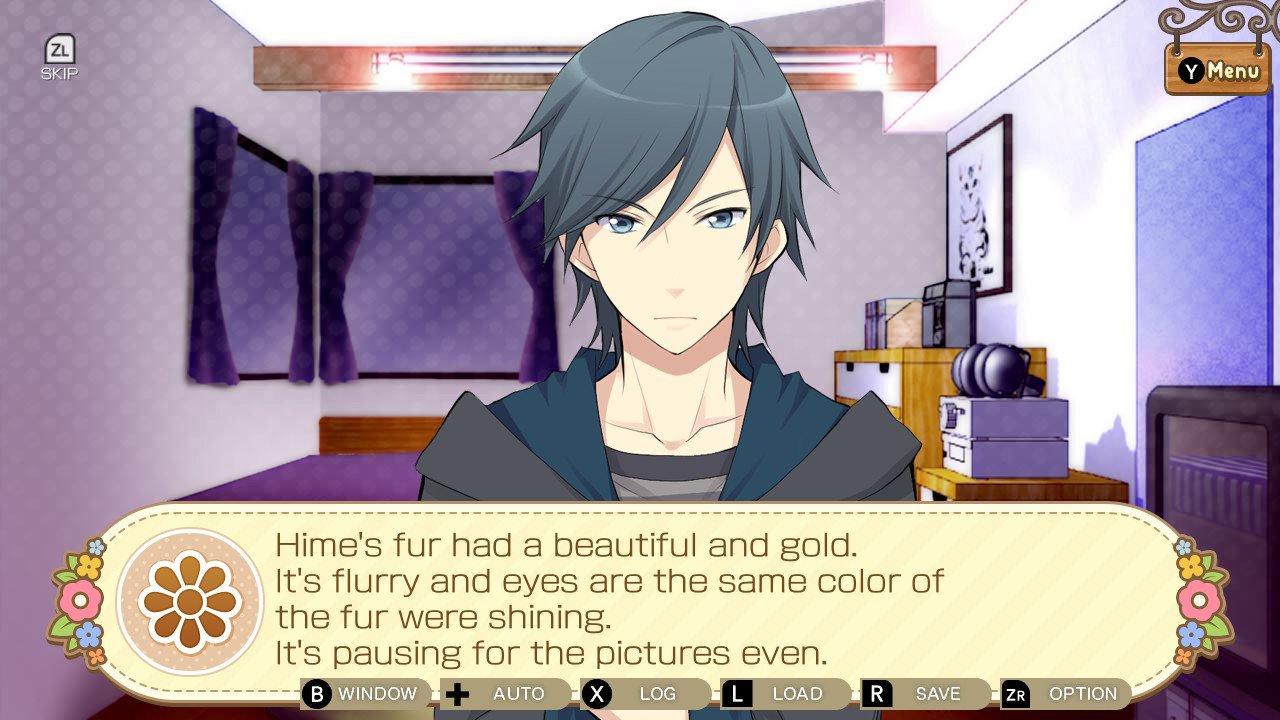 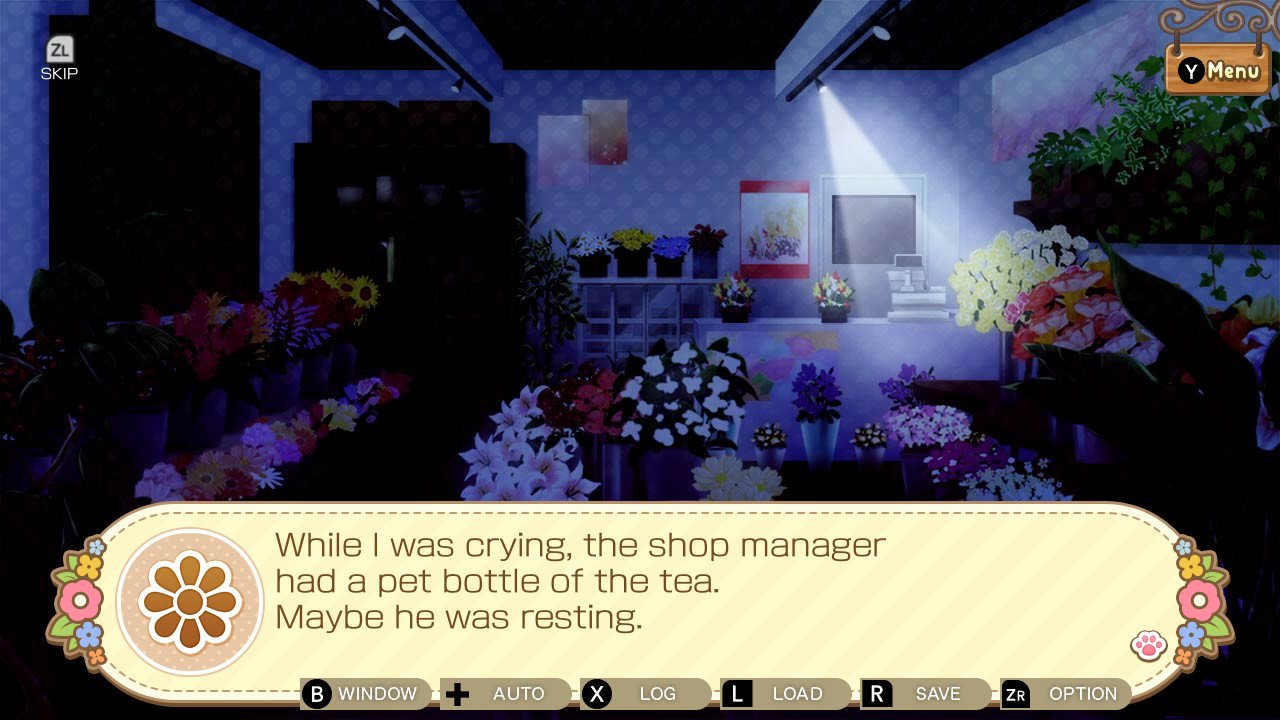 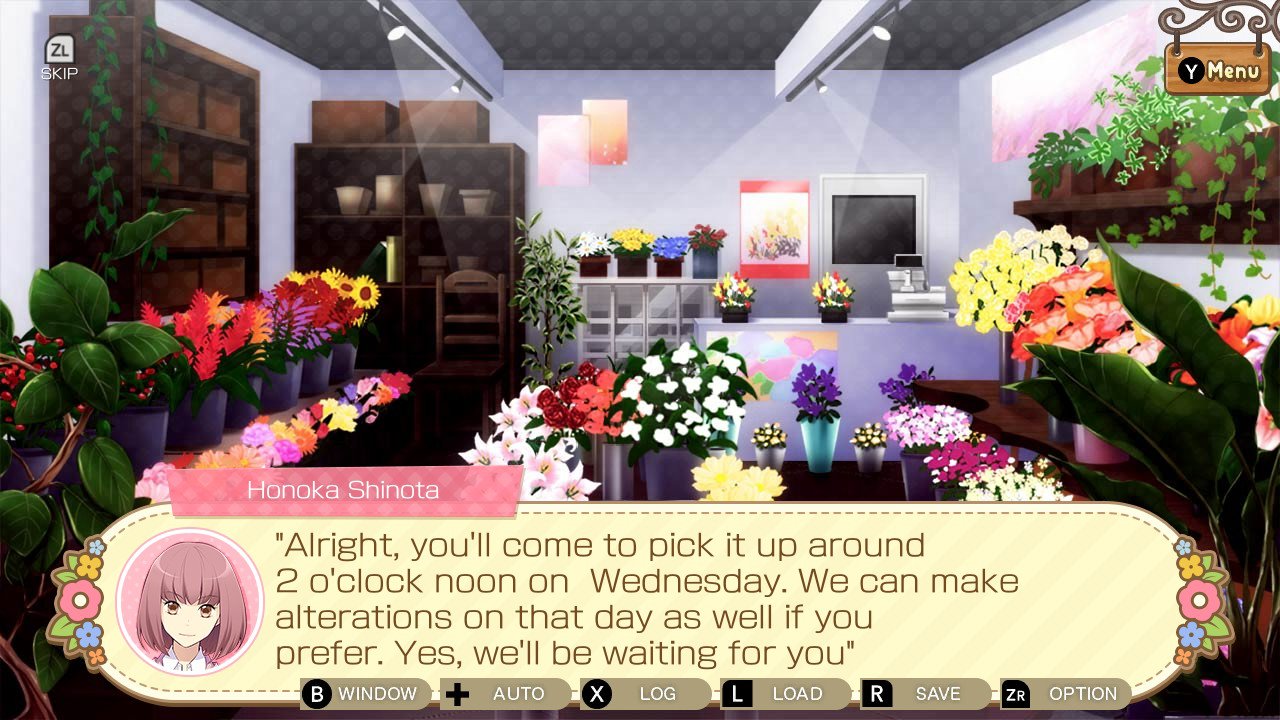 The translation is a mess. I got to a point where I was able to get by unless there was a glaring error in the translation that my brain just couldn’t overlook. There are small patches where the translation is just fine that then quickly become bad again. Some errors I don’t even understand how exactly they happened. For example, in a single instance, the translator translated “milk” as “filk” and then the error never occurred again.

There were even a few weird translation errors that, as time went on, began to make complete sense and I have added them to my lexicon. 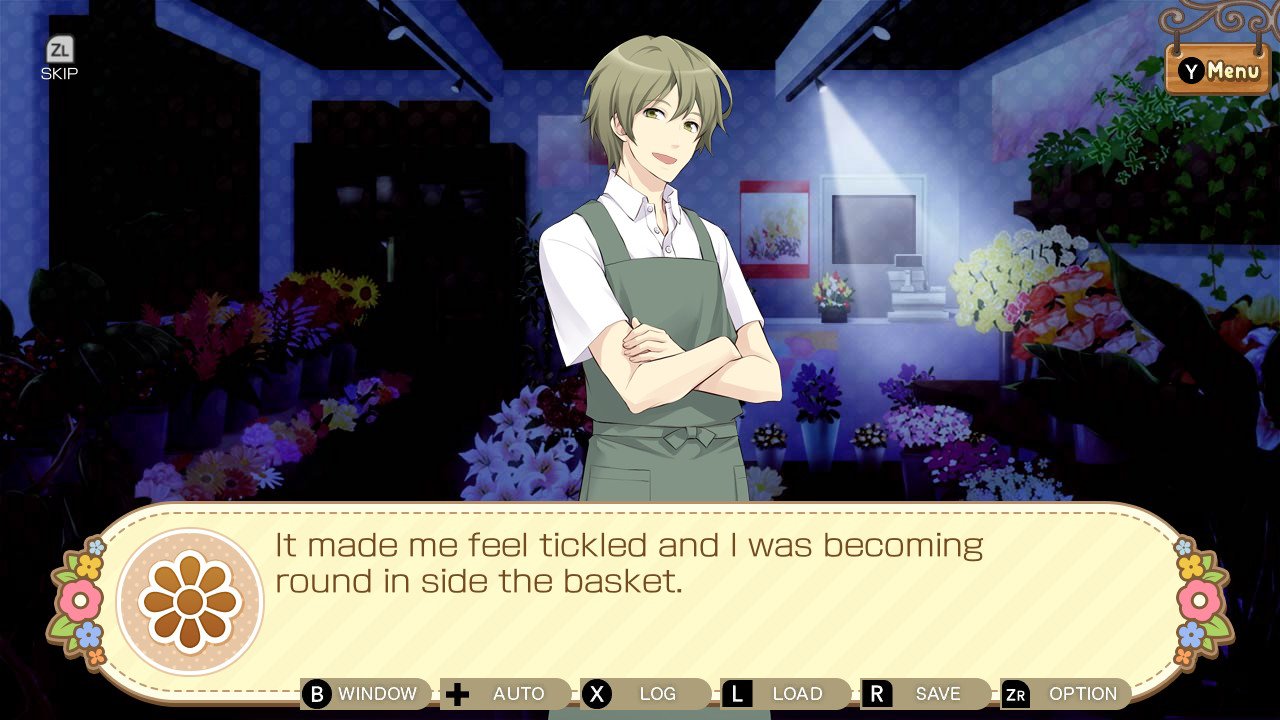 Have you ever seen a cat become round? You have. Think about it…

The cute story, character art, and popular voice actors cannot make up for the translation. A novel with poor prose will not encourage people to buy, read, and recommend it to others.  Visual novels rely on the storytelling to be good, and the translation here is detrimental to that storytelling.

A better translation would give this game a chance to have some success due to every thing else that helps it stand out. But, these things cannot sell the game alone with this translation. A good story is the backbone of a visual novel and a bad translation can ruin its chances of showing readers its full potential.

Hopefully, the translation can be redone and allow this game to catch more readers in its fuzzy pink beans.

Final Comments: The translation is improved but could use localization. Otherwise, it’s a pretty cute game.

Suggested Play Order: The only route that should be played in any sort of order is Narumi Saijo last. Also, DO NOT READ THE CREDIT SCREEN UNTIL YOU HAVE FINISHED HIS ROUTE. That’s all I’ll say.

Disclaimer: A copy of this game was provided by the publisher.

Kitty Love -Way to look for...